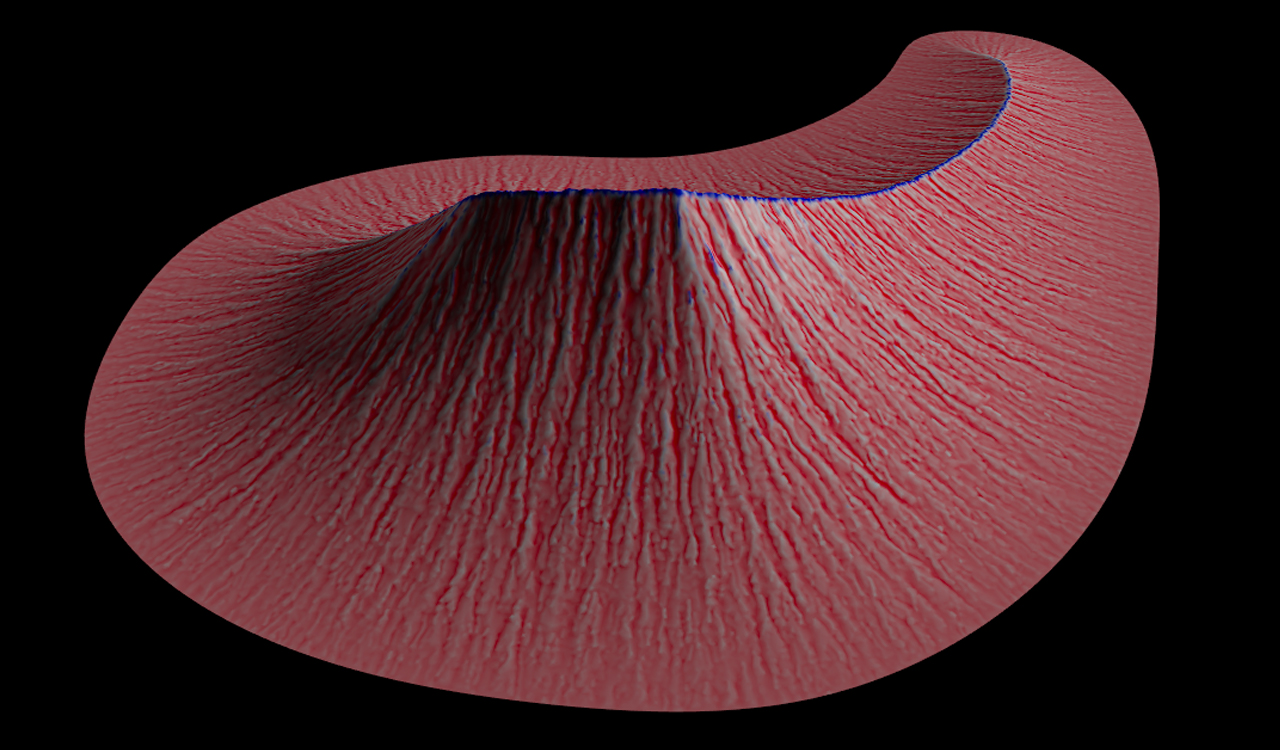 Combining the falloff sop with a few groups is a great way to control attributes by distance without having to jump into VEX and VOPs. A lot of sop nodes output groups along with the operations they do so I figure you might as well use them when you have the chance. Here are a few examples of the falloff sop in action.

I had to build a custom fracture setup for a job based on getting a specific look. I was using The Voronoi Fracture sop and I wanted a controllable distance from edge where the inside and outside meet. The Voronoi Fracture sop outputs an inside and outside group and with a bit of group compositing I could find the edge and use the falloff sop from their to create my distance from edge attribute.

Another use is to create a distance attribute from the border of an object with unshared edges. I used the falloff node in this way as a quick base attribute to create a lake with depth from a flat grid.

You could flip that around and create a mountain peck as well by adding to @P.y instead of subtracting. Which could be used as a way to hand sculpt base shapes for driving the terrain tools. So far I have been using the Surface Distance mode as the distance metric in first two examples but if we switch the distance metric to edge we get a result that looks like some erosion has happened which is great for making mountains.